Presentation: MUSE ¨A New wave in the Mediterranean¨

Gaia Danese is an Italian career diplomat and a PhD in International Relations at the Institut d’Études Politiques of Paris (Sciences Po). From 2000 at the Italian Ministry of Foreign Affairs, she has worked for the Italian Embassies in Lisbon, Montevideo and Madrid. Currently she is Consul General of Italy in Barcelona.

In 2009 she received the “Innovation Protagonists” award of the Italian Public Administration Forum. As a Member of the Association of Italian Women Diplomats (DID), in 2012 she contributed to the organization of the “Women in Diplomacy” Conference held in Rome.

Since 2017 she is the coordinator in Spain of the ITmakES project (design&making and innovation). An initiative launched by the Italian Embassy in Madrid and the Consulate General in Barcelona as an exchange program between Italian and Spanish talents, makers and creative people to develop new common projects and promote cooperation between the two Countries, in sectors such as fashion, design, music, food and education. The ITmakES project has been awarded the Italian Ministry of Foreign Affairs Prize for best practices in the promotion of Italy abroad.

In this frame, in 2019 she created and started a new project: “MUSE – A new wave in the Mediterranean”. MUSE aims at the empowerment of female Italian artists and feminine creativity in the Mediterranean on the cultural most avant-garde scene, especially in music.

She has also published two books of poetry and performed as a contemporary and tango dancer in Italy and abroad. 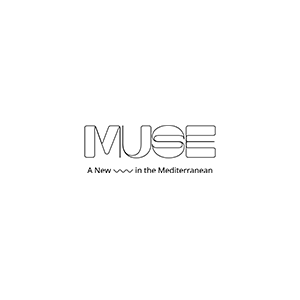 Presentation: MUSE ¨A New Wave in the Mediterranean¨

Presentation: MUSE ¨A New wave in the Mediterranean¨