Kurokawa has always looked to nature for inspiration, exploring the realizations that emerge when our lived, observed physical realities meet electronically interpreted realities. He began experimenting with synaesthesia in audiovisual installations in the 1990s, overlapping senses of sound, sight and touch in installation and performance.

-- ruins : the remains of human-made architecture --

“s.asmbli / subassemblies” is a project co-produced in 2019 by LOXOSconcept(Matera 2019), MUTEK, Stereolux/Scopitone and TodaysArt, which pursues the relationship between nature and human-made through a perspective of architectural scale. This is translated in different presentation formats such as a concert piece, multiscreen installations, prints, VR and a screening version.

Main sources of this project are 3d data by laser scanning of human-made architecture, ruins and nature, and those are distorted and reconstructed into each modules as subassemblies to create renewed timeline with layers of order and disorder while exposing force of both nature and art.

Ruins, nature-invaded buildings and architectures in disrepair are superimposed and rebuild dynamically, and those unusualities rendered in multi-layered depth extends the perception of floating not only between nature and human-made, but also between abstract and concrete phenomena through its transition, destruction and renaturation. The motions such as cancellation of physical law, hybrid of natural and artificial components, and transposition of entropy and negentropy enhance those unusualities.

The Barcelona debut of Ryoichi Kurokawa's "s.asmbli / subassemblies" is presented with the support of the Japan Foundation in Spain. 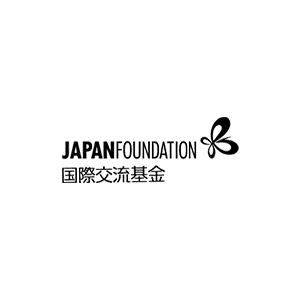 He was awarded the Golden Nica at Prix Ars Electronica in the Digital Music and Sound Art category in 2010, and in 2016 directed the Kinetic Media Lab/ACT at Gwangju's Asia Cultural Center

Abstract multi-channel audiovisual inventions and sculptural hybrids that fuse and reshape nature, science and the human-made world, electrical signals rendered in analog and digital light and an ambient symphony of drone and static

He was awarded the Golden Nica at Prix Ars Electronica in the Digital Music and Sound Art category in 2010, and in 2016 directed the Kinetic Media Lab/ACT at Gwangju's Asia Cultural Center